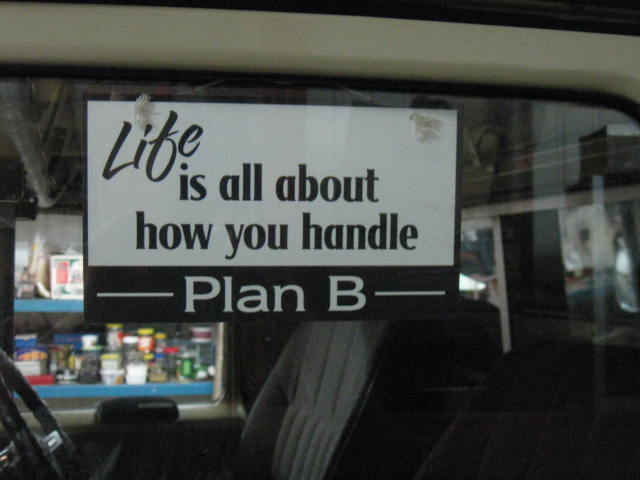 Life is all about how you handle plan B

But, of course, you have to have a plan B, right?… Which was not our case… One thing’s for sure, we’re not going to drive No4 any further.

In an instant, France comes up with a scenario:

“If we could find a ride to go back to Flagstaff, we could rent a car, go get the truck and trailer in Mormon Lake and come back here. We could drop the rental on the way back up here.”

3 minutes later, a retired couple from Texas stop their pick-up truck when they see me on the side of the road.

I explain our engine problems and tell them we’re looking for a ride back to Flagstaff (about 30 minutes from here) but, since they’re heading in the opposite direction, I don’t want to hold them. Five minutes later, France Minnie and I are squeezed on the rear seat of the pick-up amidst hangers of clean clothes and various personnal objects that belong to our good samaritains. Time is what they have the most, they tell us, and so they turned around and took us straight to the door of the nearest car rental outfit.

About 4 hours after first hearing that scary knock coming out of the engine, we’re back with No4 with truck and trailer.

“Not bad your plan, honey!”

Fact is, by renting a car we even saved some cash as compared to riding a cab to Mormon Lake. But there’s still a key element missing for that plan to be a success: The engine MUST start, it MUST be powerful enough to pull No4 up onto the trailer or at least, run long enough to allow me to use the PTO winch to haul it on…

If that doesn’t work, we have no clue what to do next…

We are now ready to load No4 on the trailer… Stress… I turn the ignition key on… Stress… Engine turns over once, turns over twice, turns over three times and then… VRAAAMMM…RATATATATATATA…. It starts! And beautifully too! Purrs like a kitten. No knocking at all, everything is back to normal! Our feelings are mixed and every one of them wants to control our humour… Happy that it works, that No4 is still alive and sounds well. Happy that it got up on the trailer effortlessly, but at the same time…

AH BEN TABARNAK! We’ve been running around for the last 4 f… hours trying to find a solution and now that we’re back, everything’s back to normal!!! WTF!! What are we supposed to do now?? Continue on our trip like nothing happened?? I politely try revving it up to a little over 2000 RPMs and still nothing.  Still purrs like a kitten. The knocking is gone… and so is our confidence…

Everything happens for a reason.

I didn’t realize how useful this bit of info would be back then but, while chit chatting with the guys at the Expo, I found out about a Land Cruiser specialist that has a place right here in Flagstaff. I contact the owner and he tells me his diesel specialist should be there sometime next morning. We decide to spent one more night in Flag in hopes of getting some explanations as to what may have caused the problem.

The mechanic, a 275 lbs, native looking, tanned Monsieur inspiring politeness, shows up around 10 am. At least he did show up. Anyways, $85 and an hour later, the diagnosis is out: There’s something fishy going on with cylinder no3. Possibly a valve not working properly.

We can actually hear strange noises in there using a stethoscope (read: an old car radio antenna) 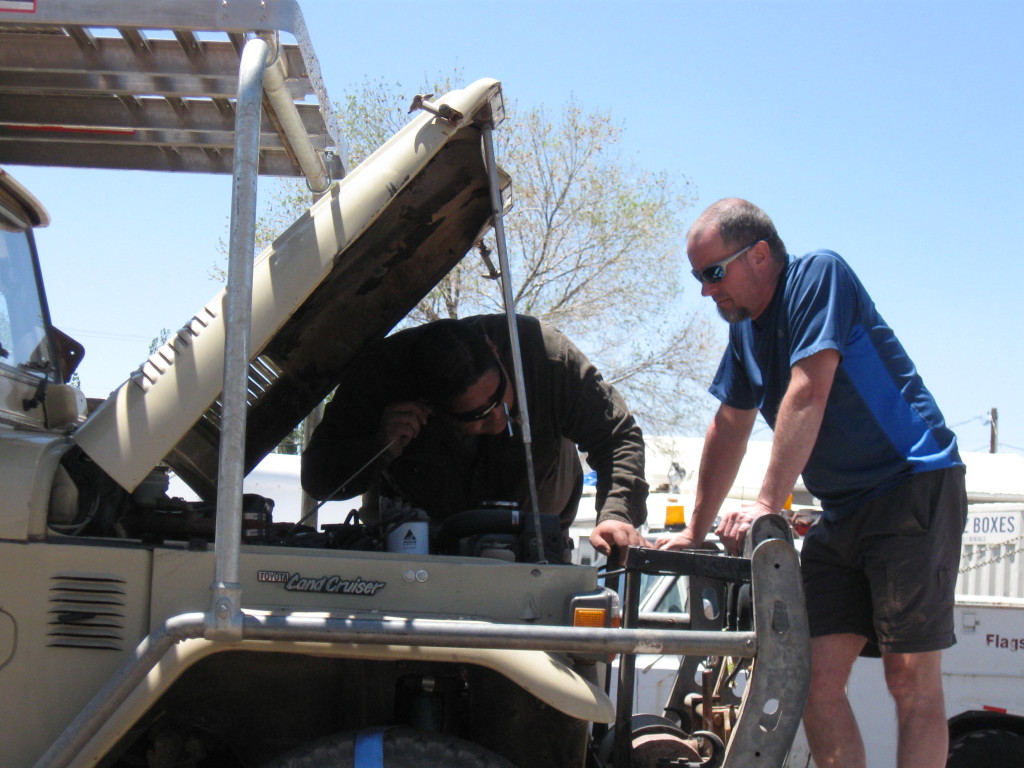 …And I confirm, it works! 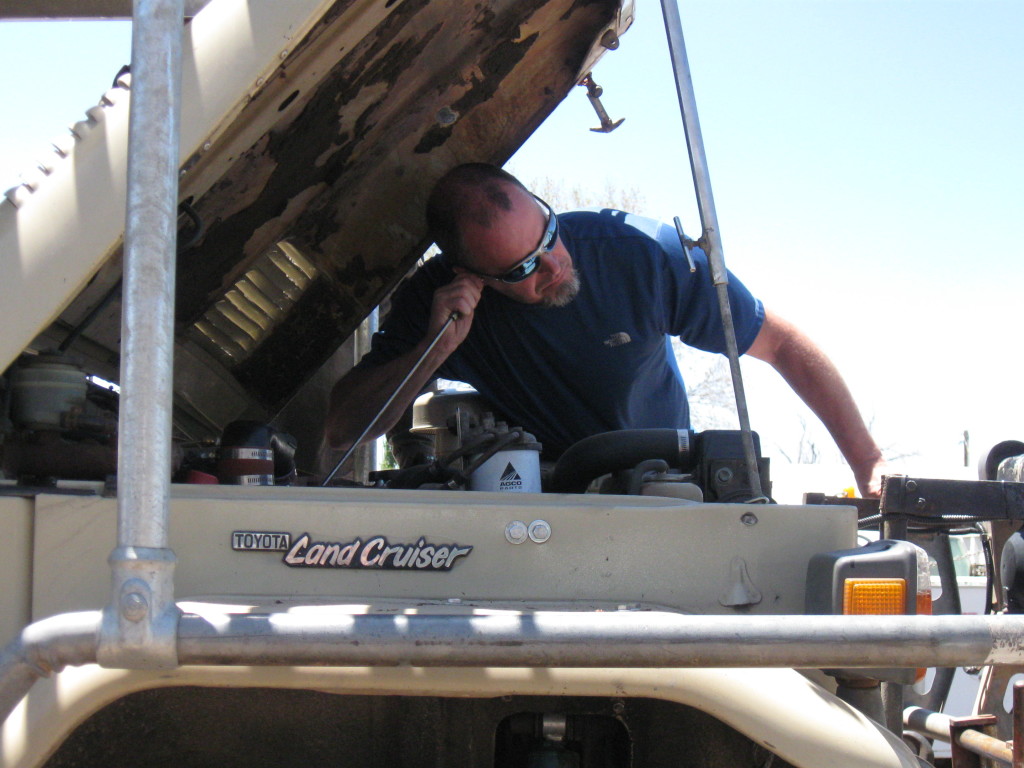 The elevation (8000 ft), the high internal temperature of the engine and fuel quality may have played a role as well.

“But, can we still drive it? Is it safe or will driving it create even more damage?”

“Yeah, I would keep the revs under 2500 and I would keep an eye on the gauges but, yeah, it should be OK.” He also suggest adding some fuel and oil additives.