Uyuni and its Dakar

It’s a madhouse in Uyuni

The Dakar lands in Uyuni and it’s a madhouse here, no kidding. 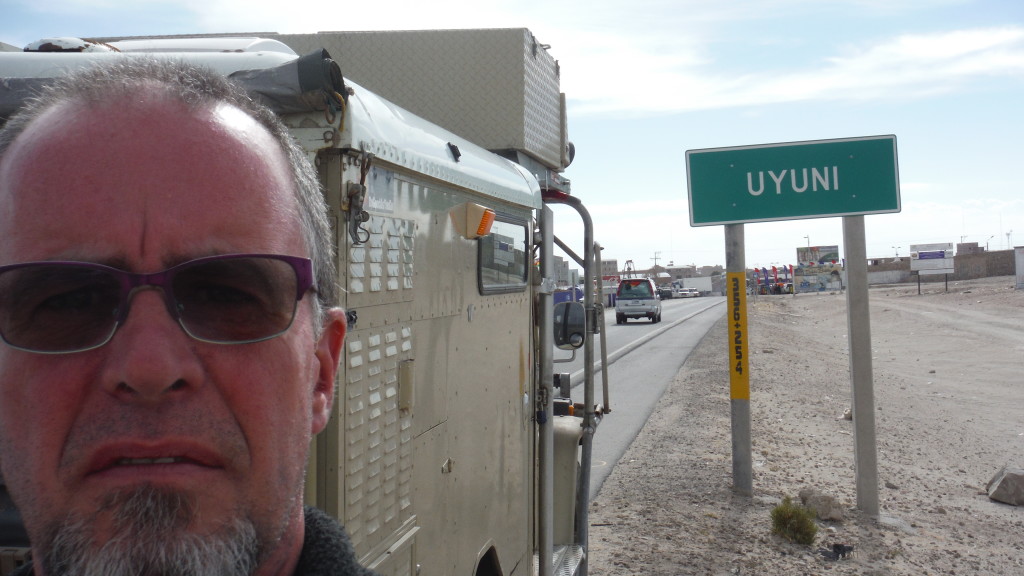 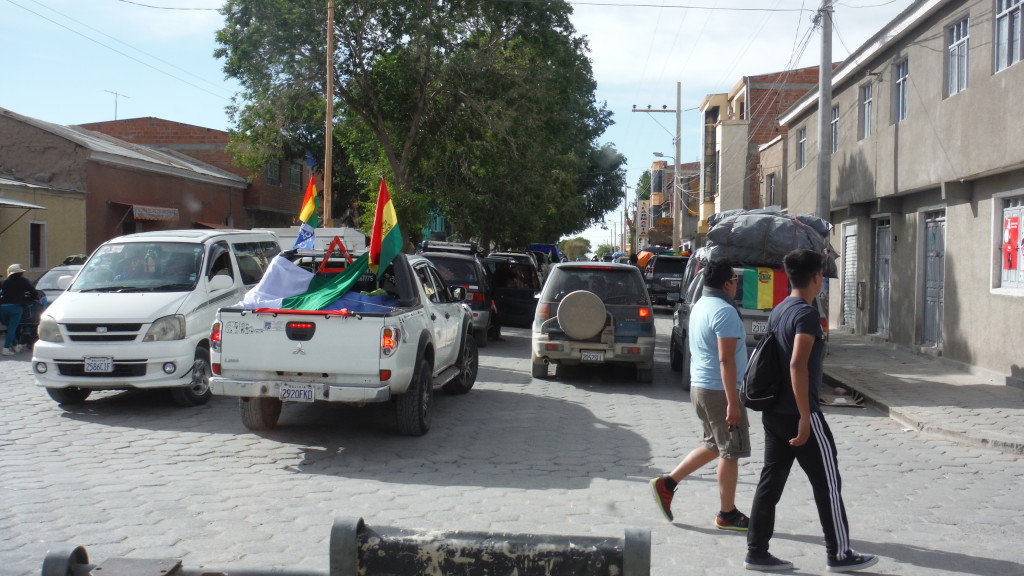 …People camp ON the street… 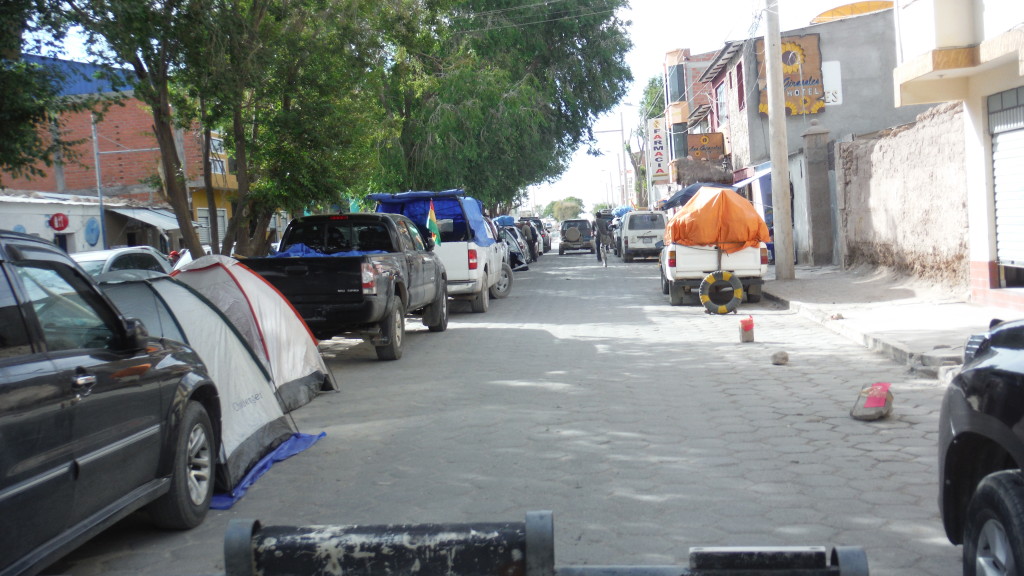 …And so do the cops… Must be steaming hot in there… 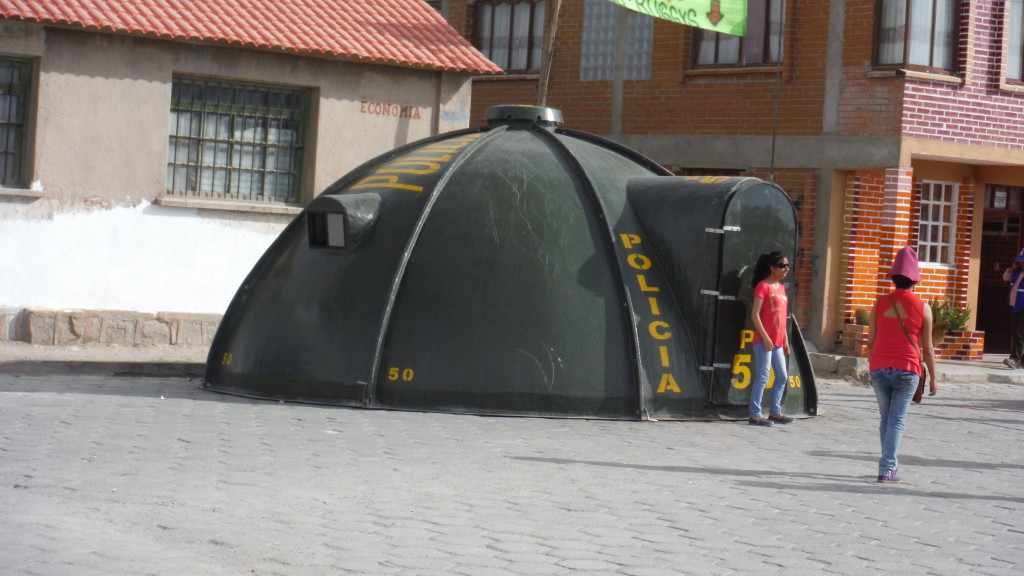 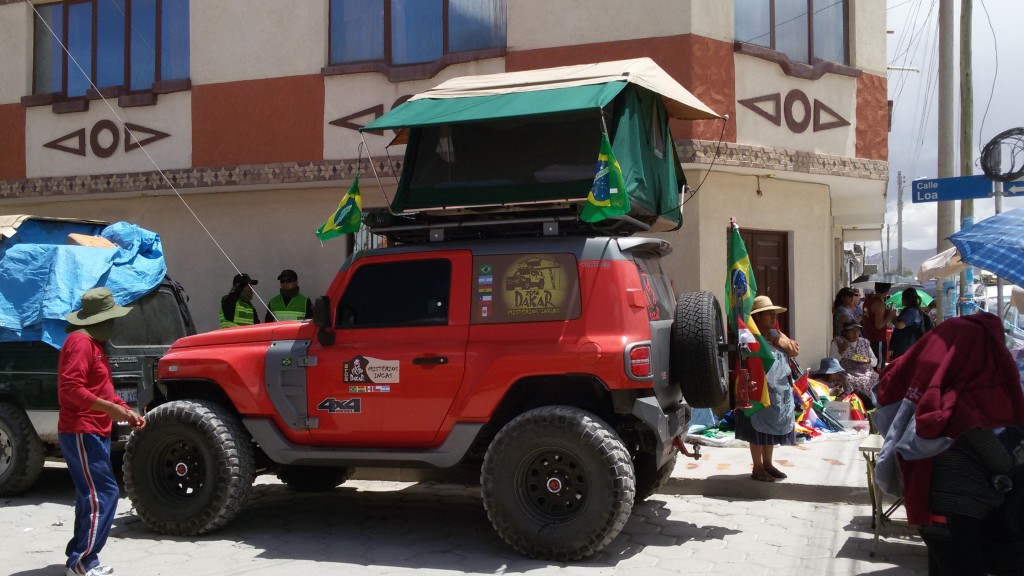 And the award for most original camping spot goes to… 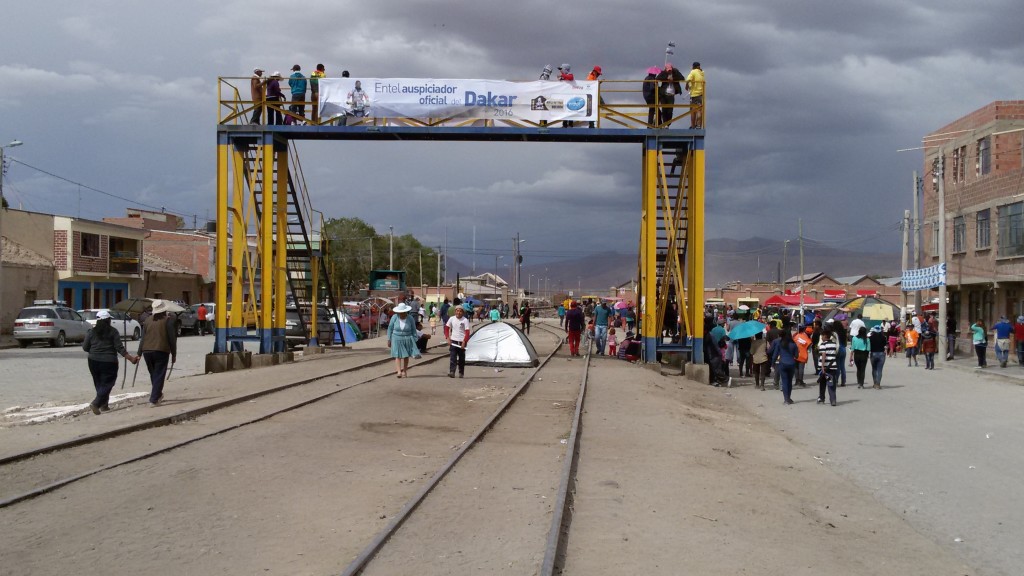 Busiest time of the year for Uyuni, for sure. 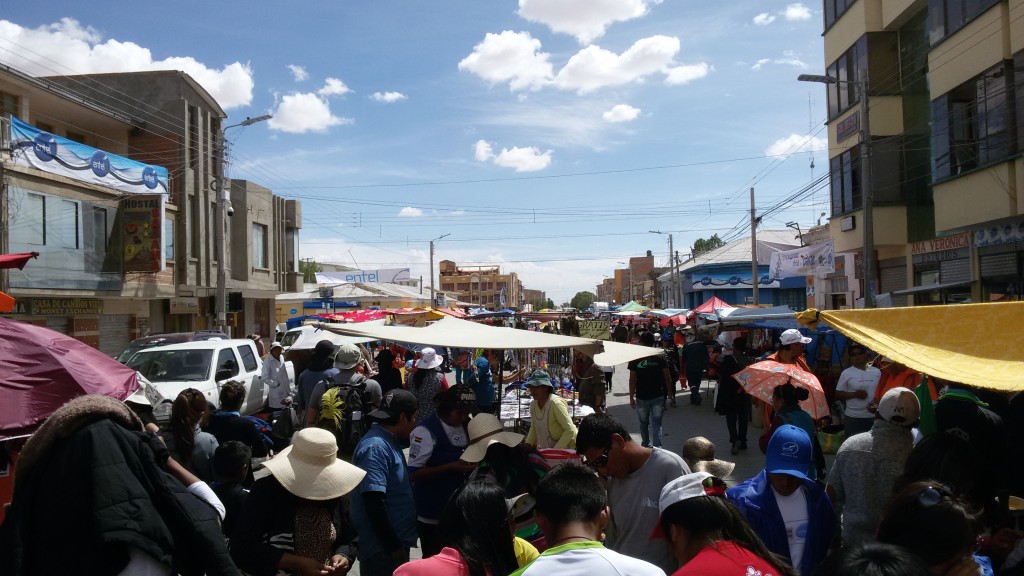 Improvised gas stations as the regular ones can’t keep up. 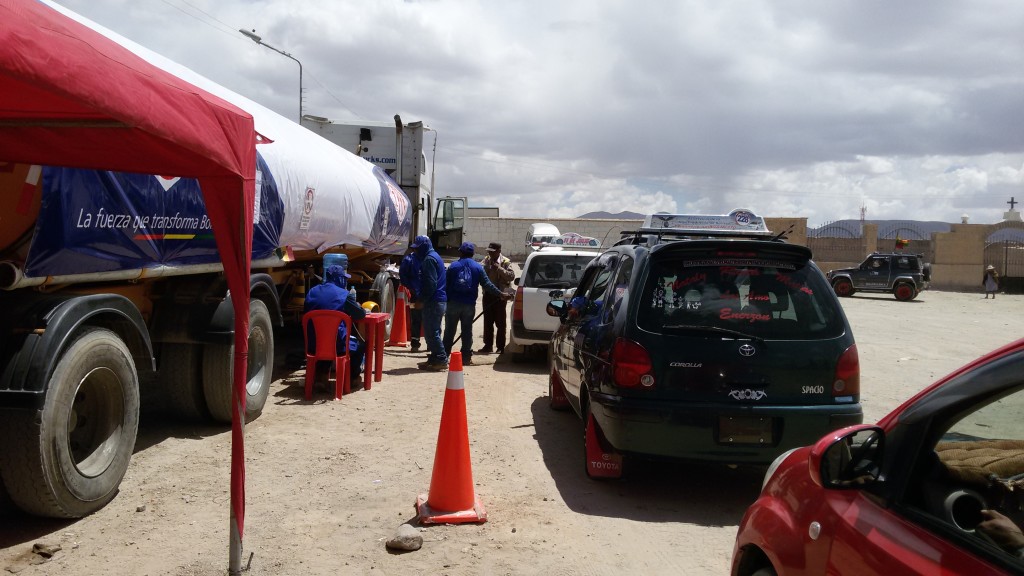 You can find it all at the central market. And we are NOT talking about Coca-Cola here. 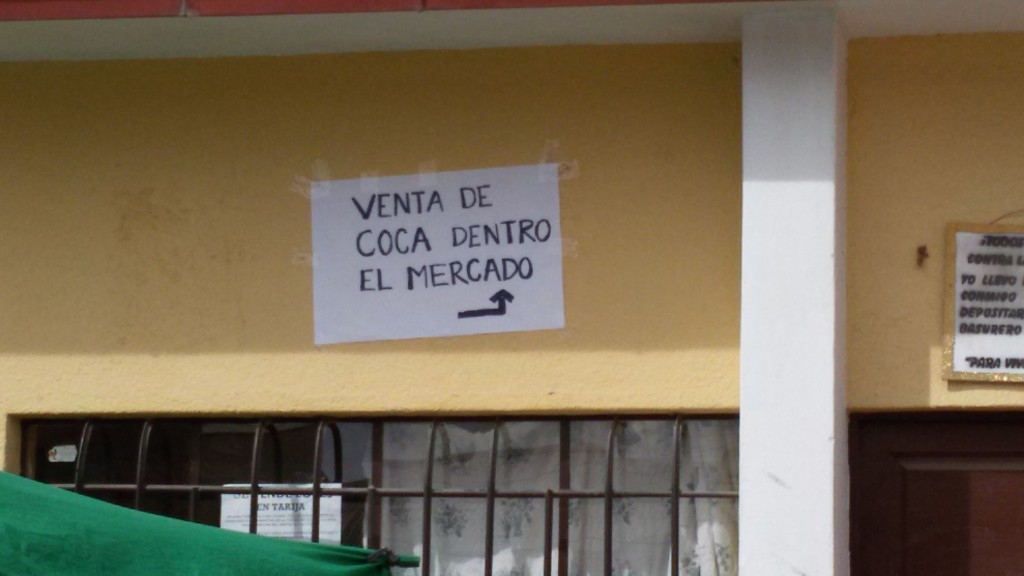 Near the Bivouacs, support trucks are rolling in for the night.

Team Peugeot/RedBull has 5 (five) support trucks like this Mercedes that they ship across from Europe just for the race. That’s not counting the race truck itself. How much does that cost? And then most teams come from the other side of the Atlantic… 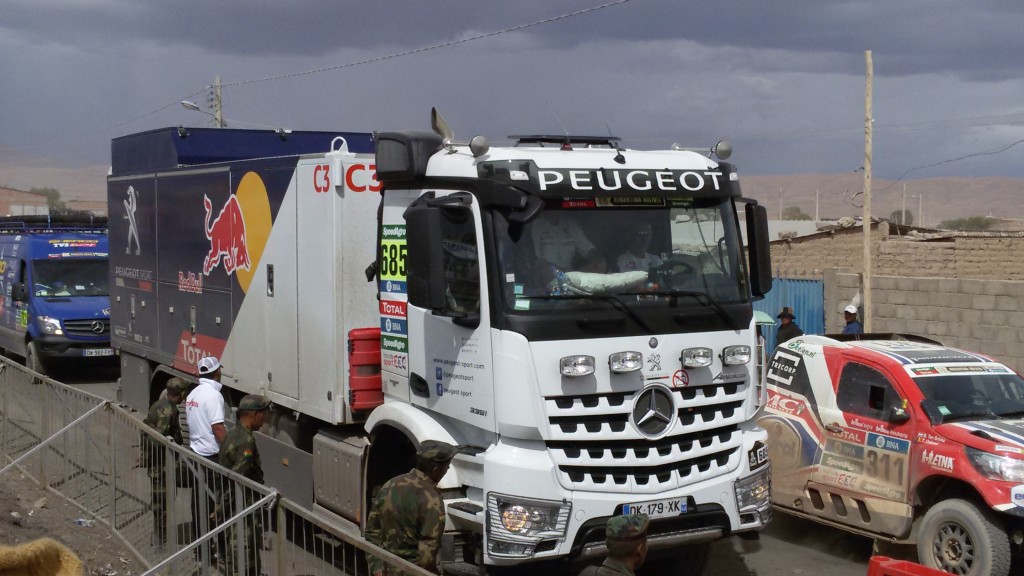 There are also the cars and pick-ups. 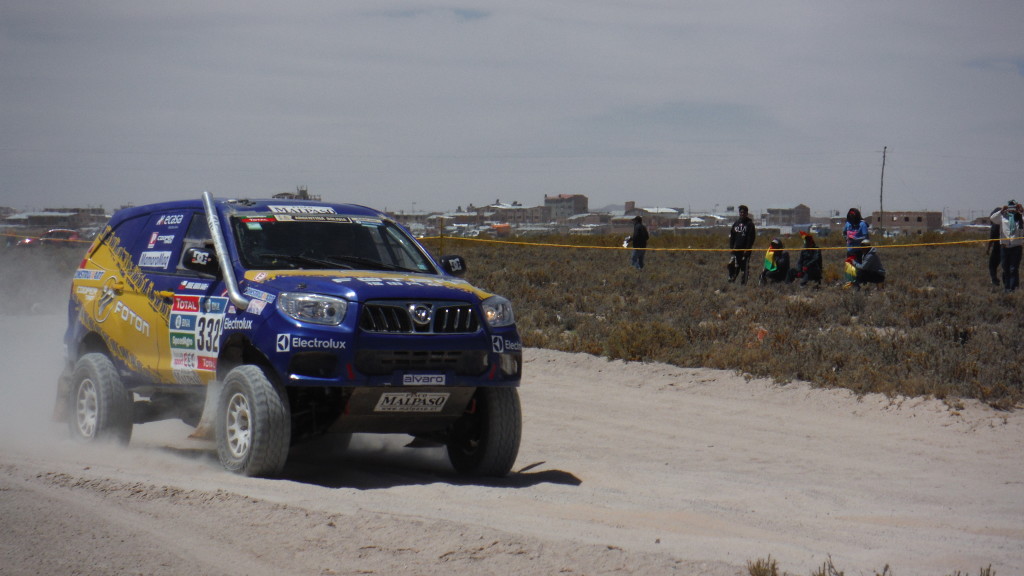 As well as the motorcycles and quads. I took this shot not because he rides a CanAm but more because the guy isn’t that young anymore! The Dakar is the world toughest race. Guess there’s hope for old folks! 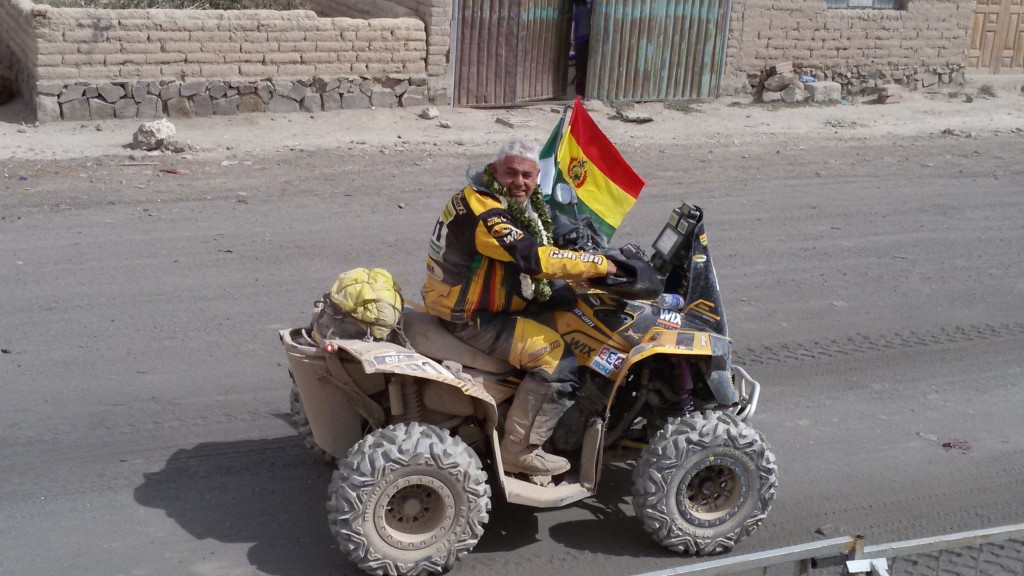 Unlike the Baja 1000, The Dakar is not a spectators sport. There is NO action whatsoever in town except for the coca, the ambiance and general euphoria. Racers only cross town waving to the fans on their way to the bivouacs. 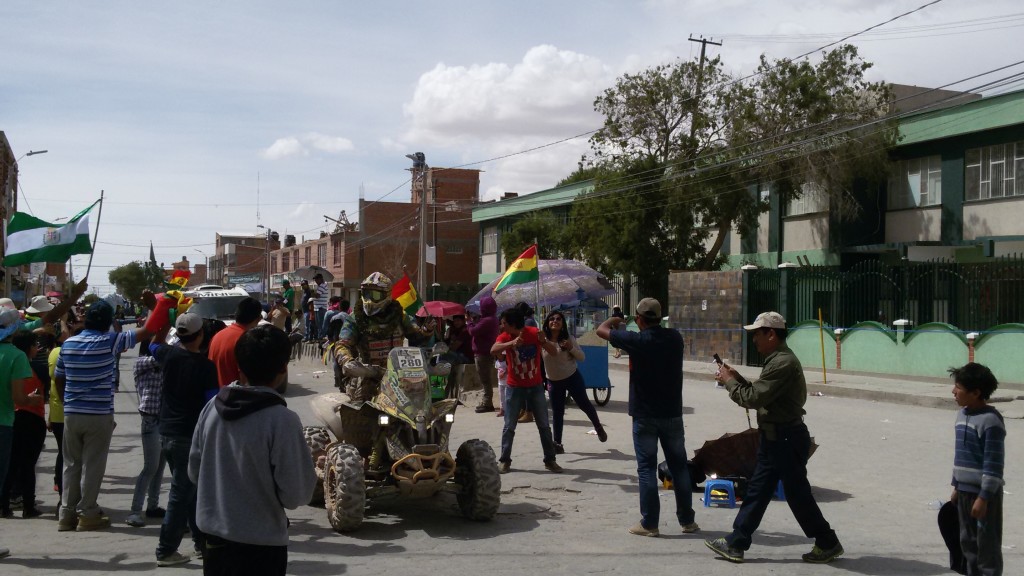 All the action takes place outside of town, on the course. No problem, I hear you say, just park near the course and wait for it to come to you. Yes but the trouble is the official race course of the next day is only disclosed to the teams during the night prior. There’s no way to know which way exactly the race will go. In the morning, and by pure chance, I happen to see a trail of dust from a distance. I follow it and get there just in time to see the most spectacular of them all. The trucks 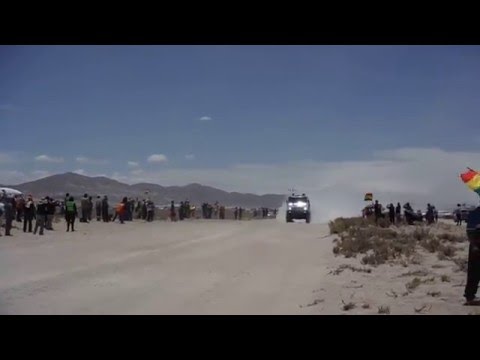 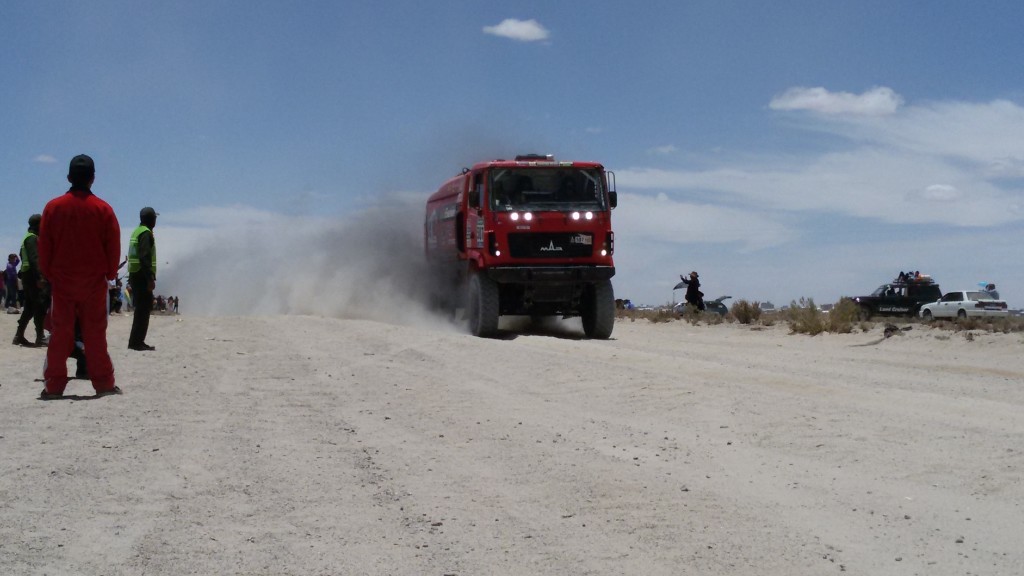 Timing is key for a good selfie. One, two, three… HIT THAT BUTTON! 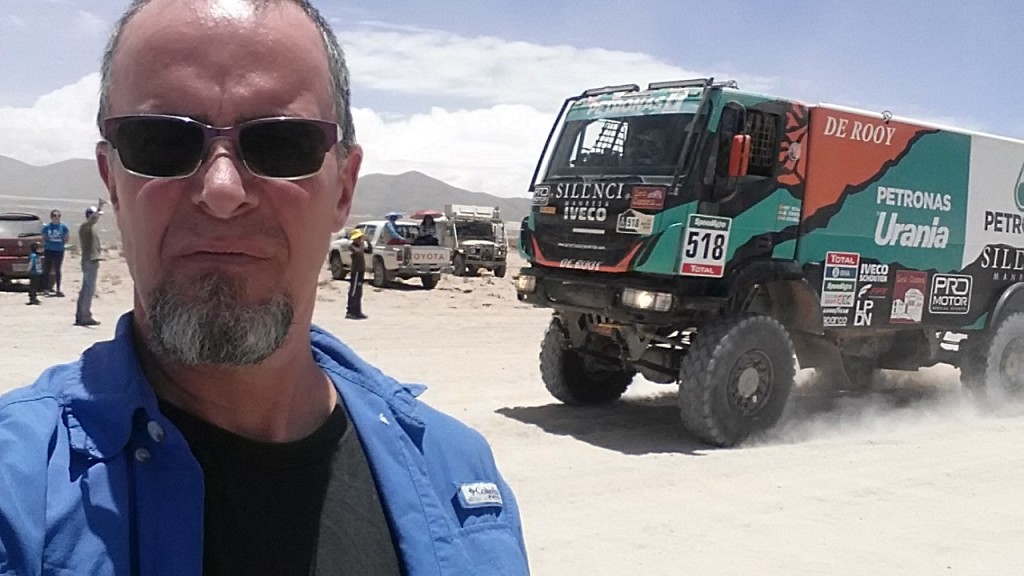 Video from a different angle. 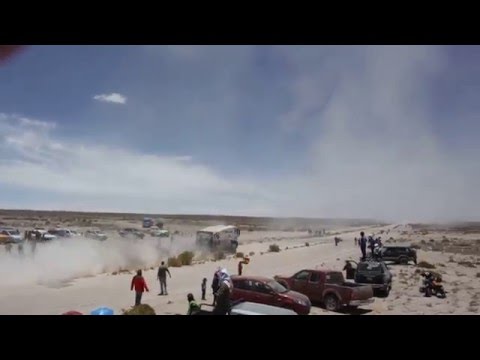 In short, you pretty much saw just as much of the Dakar as I did…

Back in town, it had been a while since I was wondering to whom I would I would give out the last batch of glasses I had. I had left a fair amount with Cynthia at French and Moninas place as she had assured me she would give them out to a charity which would distribute them to folks in need. But I still had one last batch on hand.

Then, I saw this church.

Looks like they could use some kind of help. 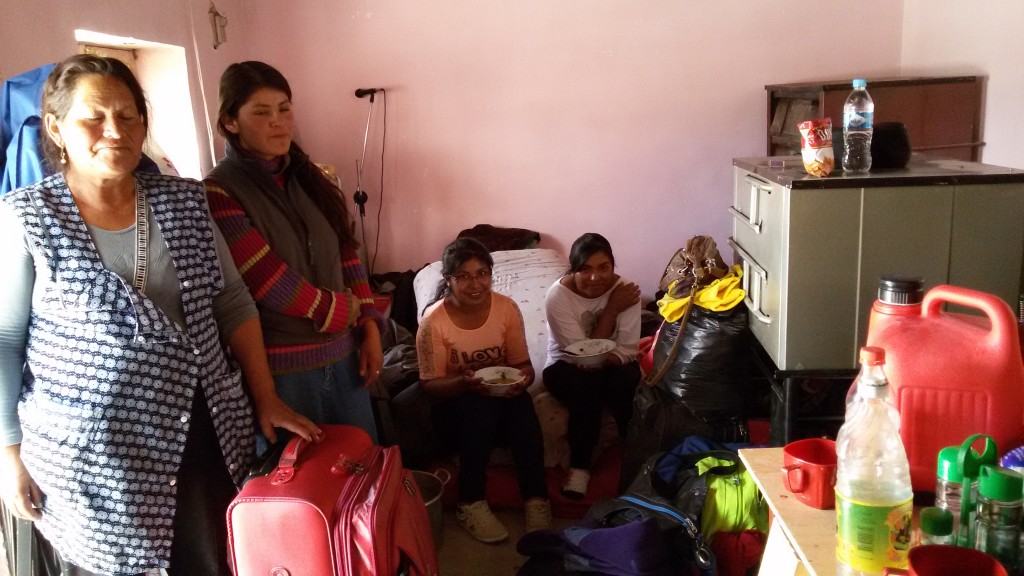 I knock, partially open the door and ask:

“Is this the Evangelica church right here?”

They are all super shy; “Euhhh si senor.”

I go back to the truck and get the two big bags I have left.

Back inside the church, I give them the bags explaining what it’s all about. They are still just as shy and nobody seems to speak really, the just look to the floor. I turn around and leave the building. Once outside, one of the girls runs after me and says:

And then this man, who I suppose is the Pastor, comes out, shakes my hand and can’t stop thanking me. Stuff like that must not happen here on a regular basis, I don’t think. 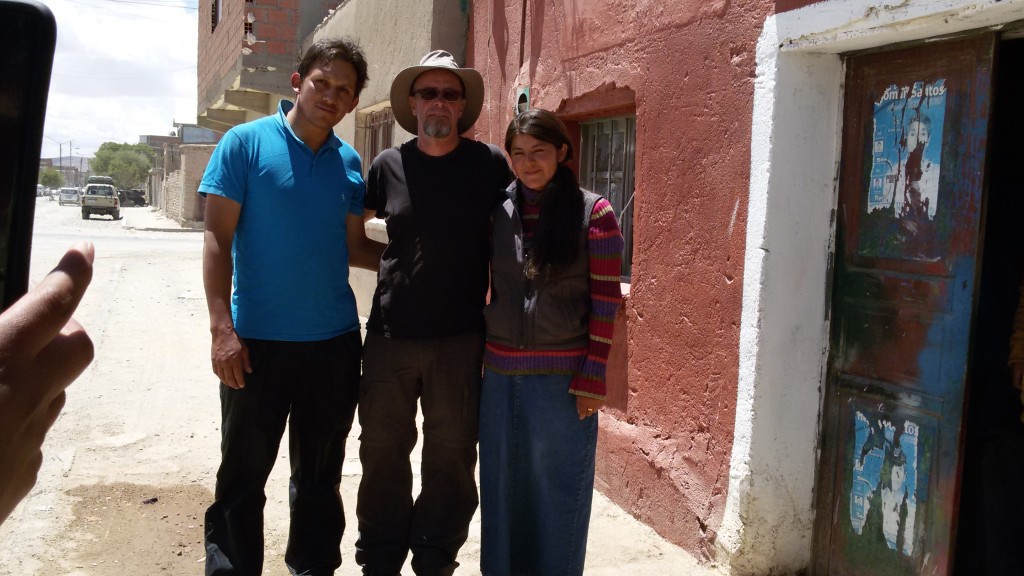 The Pastor offers me a bowl of soup which I immediately and gladly accept. Soup is good and folks are nice. 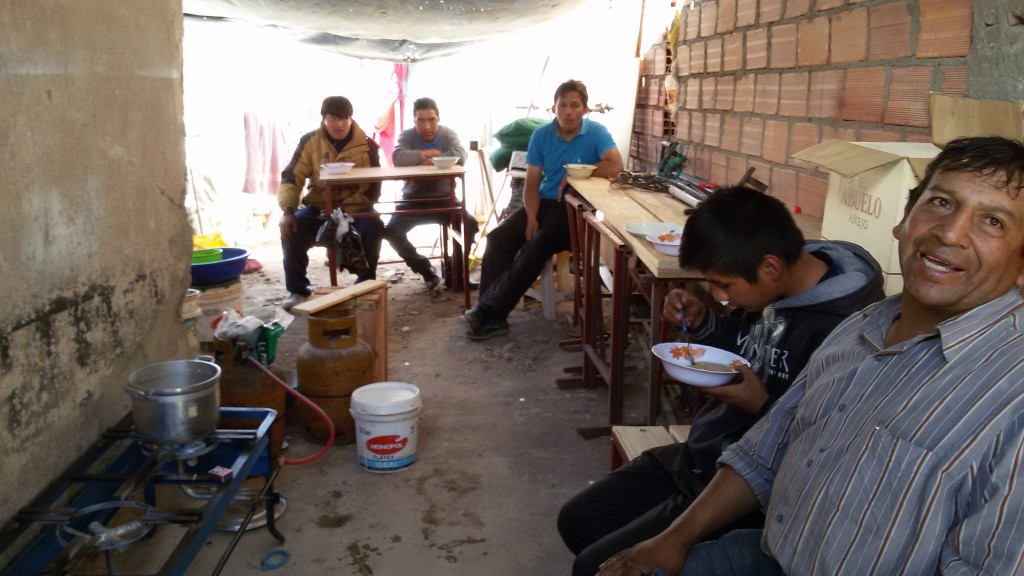 Place doesn’t look very rich, does it? I empty my bowl, say good bye and leave.

Voilà. The glasses donation is done.

On my personnal behalf and on Frances behalf, I would like to extend a warm thank you to all of you who participated. You have helped people who needed it.

.
In the next installment, the spectacular salar and the terrible laguna road.