Since most of the way south will be retracing our route north for a while, I’ll be keeping the blah blah to a minimum and let the photos do the talking. There are quite a few shots, so I have separated the route into 3 sections to make it easier to visualize. Pics are lettered and show the name of places where they were shot when possible. You can spot on the map where they’ve been taken and it’ll give you an idea of the scenery in that particular area. Enjoy.

Part one; Prudhoe to Fairbanks. 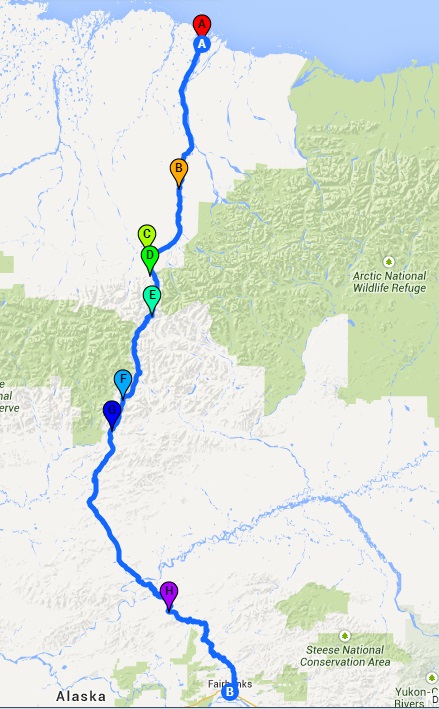 Back after the bus ride, we hop in the truck, eager to get going. A lady waves us to get out of the truck and come into the white trailer/building where you can rent a room for about $200/night. In the first room on the right, we meet Jan & Viv, a cool Australian couple who had spotted our truck. She is Jan and he is Viv. Aren’t Australians awesome! No wonder they have the steering wheel on the RHS!  We chat for a while (an hour goes sooo fast) and they kindly give us tons of tricks as they have just completed the reverse trip we are just starting.

Cost of a room in Deadhorse: Excessive

We have to part with Jan & Viv since they have a reservation for dinner (you do not want to know the cost of THAT !) and, by the time we’re fueled up and everything, it’s close to 9 pm but we hit the Dalton nonetheless knowing we still have some daylight before us.

Next thing we know, it’s drizzling and getting foggier by the minute. By 10:30, it’s getting dark and the fog is so thick I simply can’t see the road anymore.

We stop at Happy Valley. At least we’re on our way, south.
Photo B. (incorrect date) 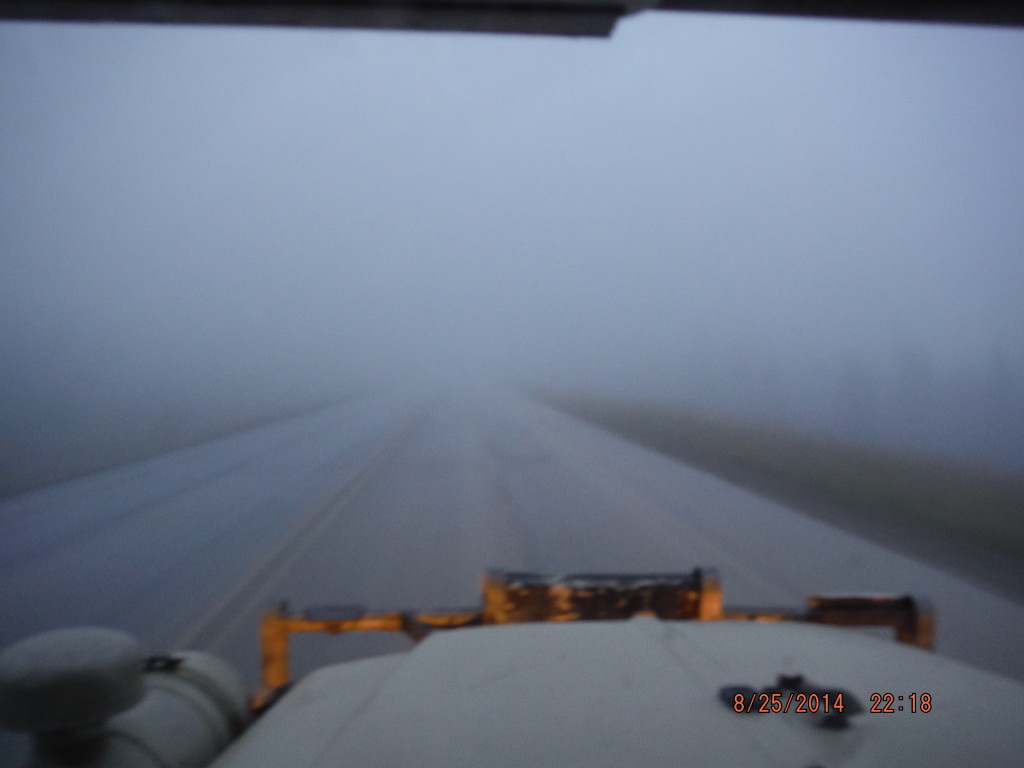 The next morning doesn’t look much better but around noon the fog and clouds dissipate and…
Photo C. 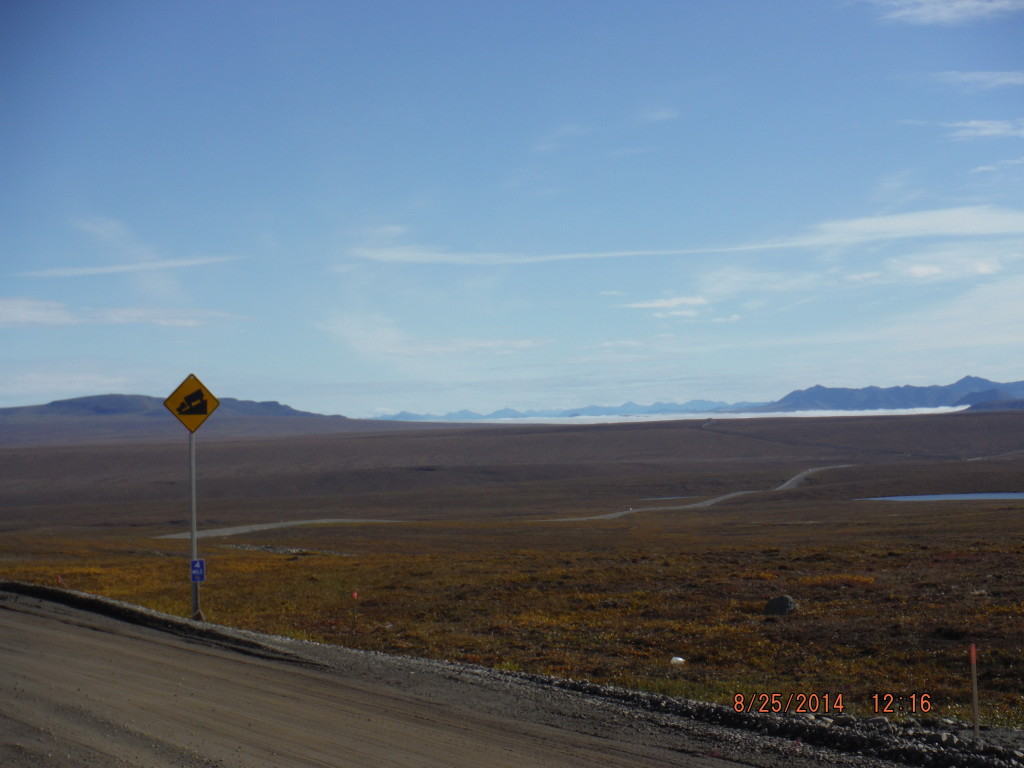 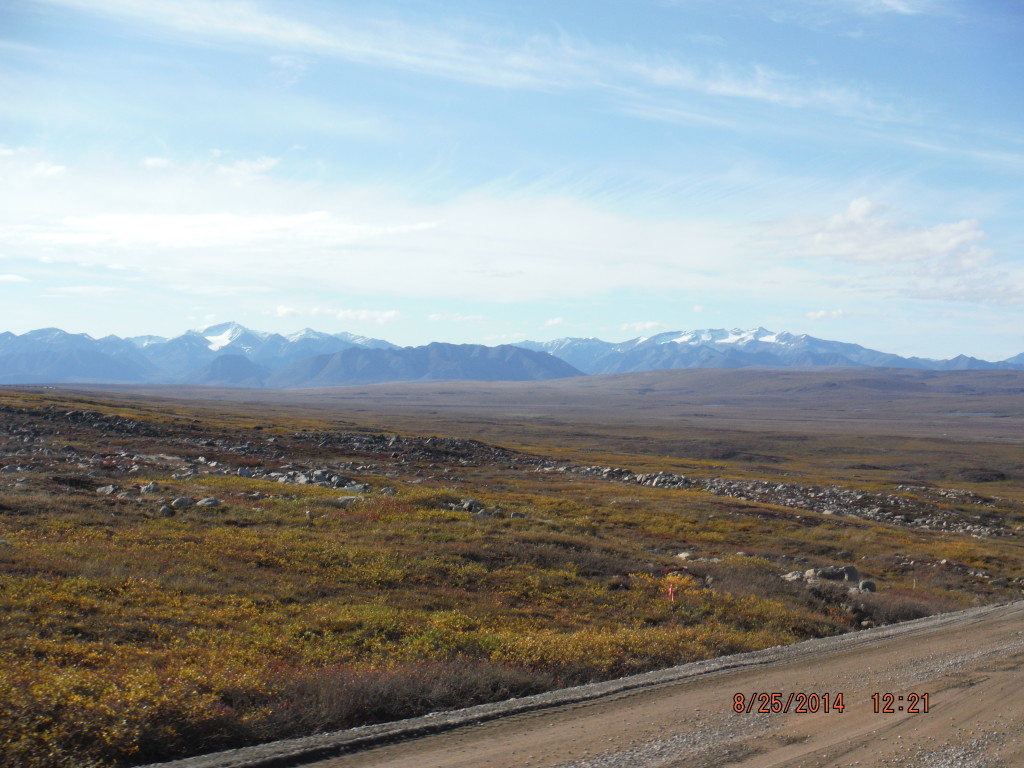 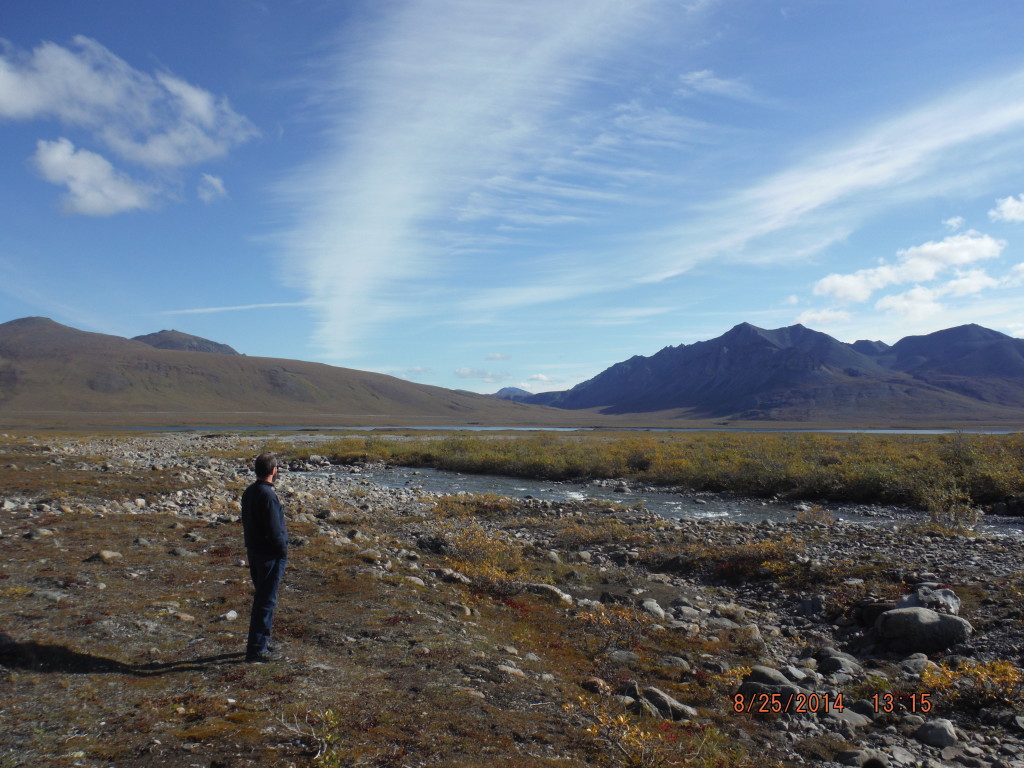 Galbraith lake and Brooks range in the background.
D again. 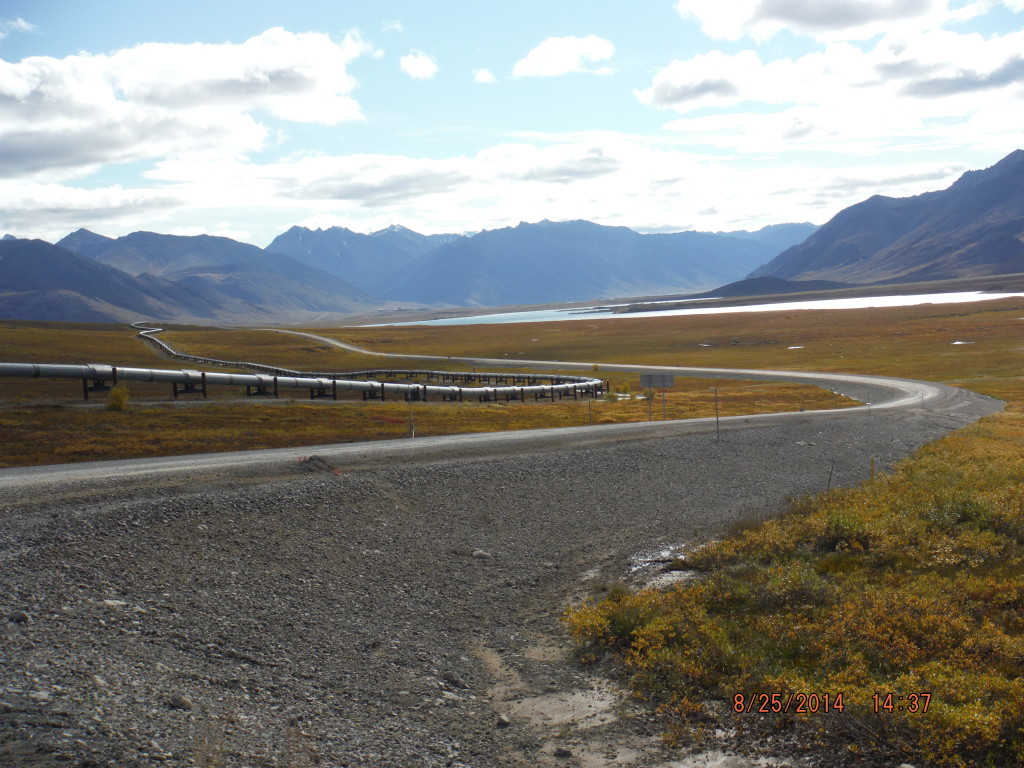 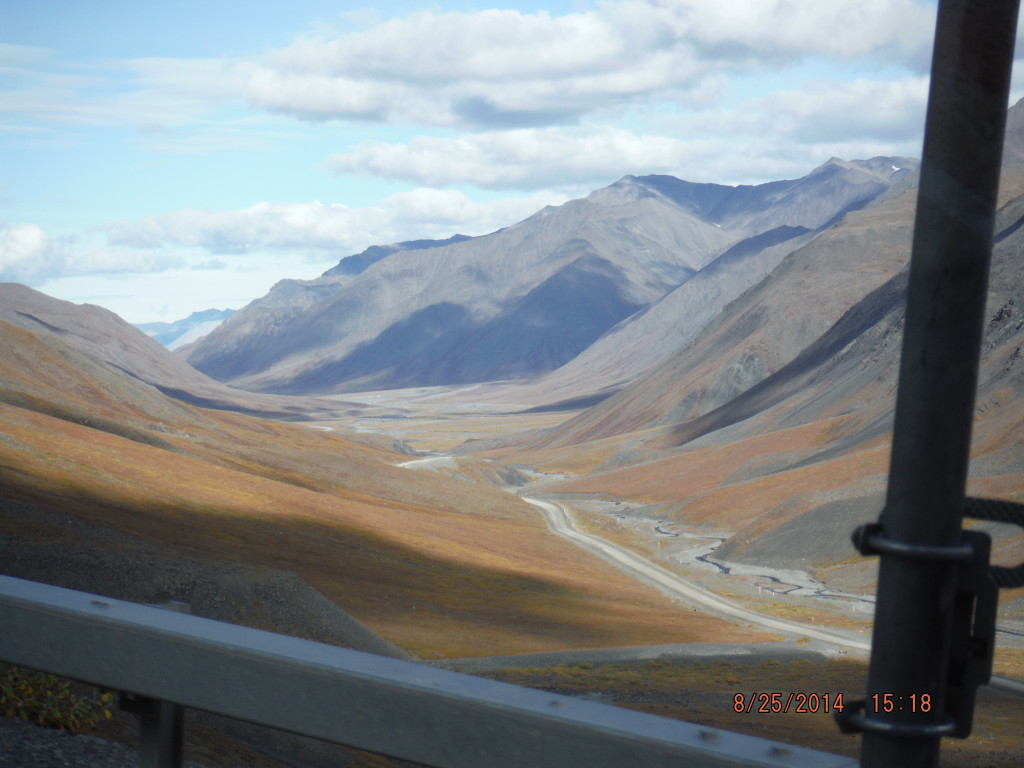 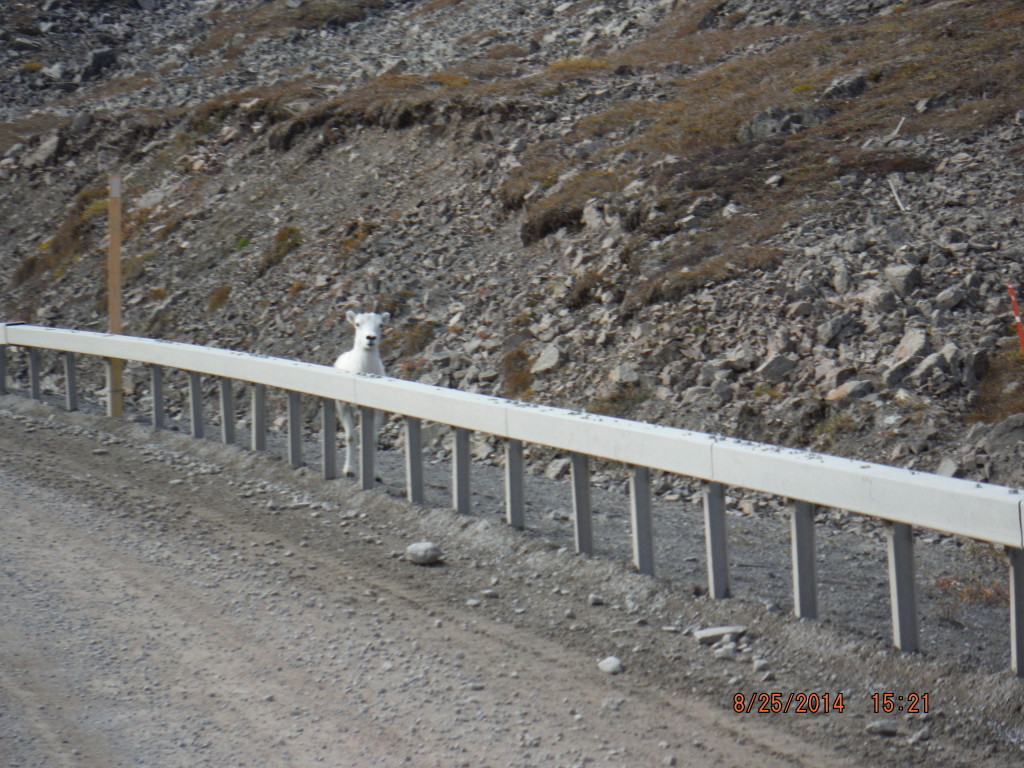 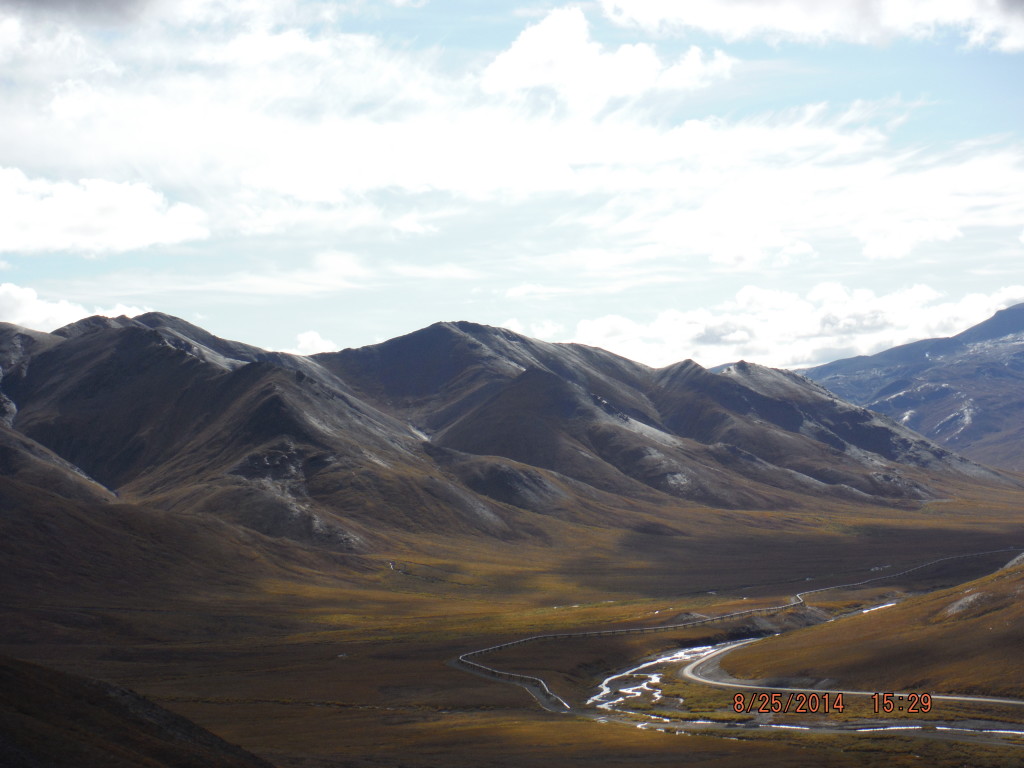 Cool pic. (Is this guy peeing there?). 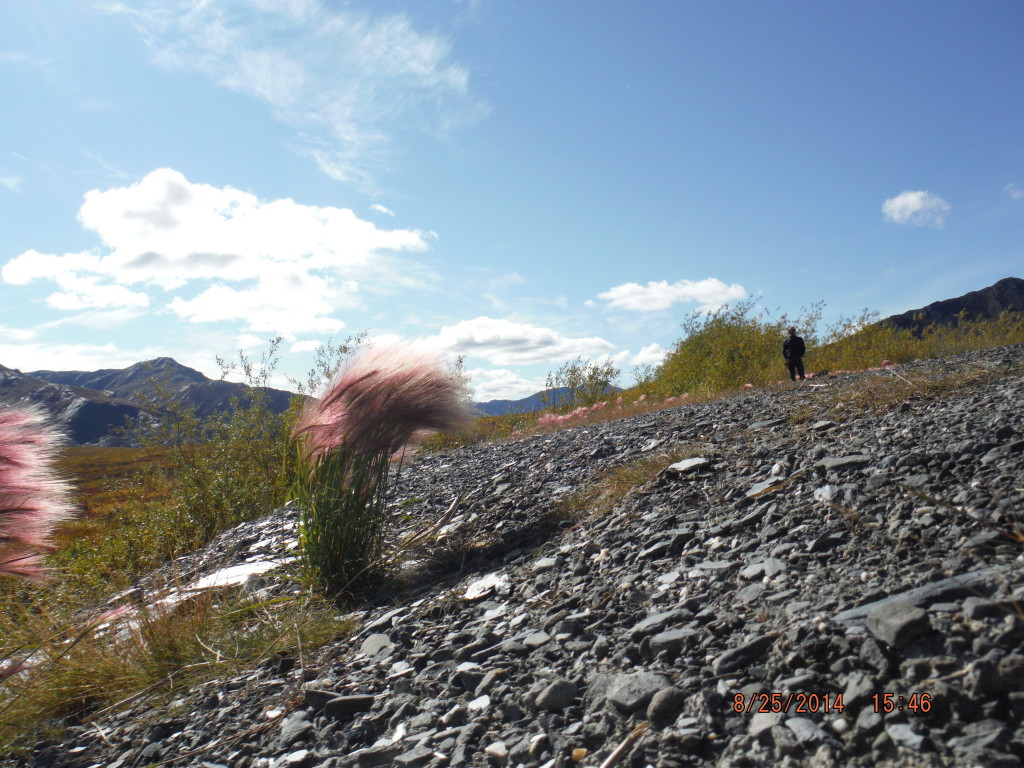 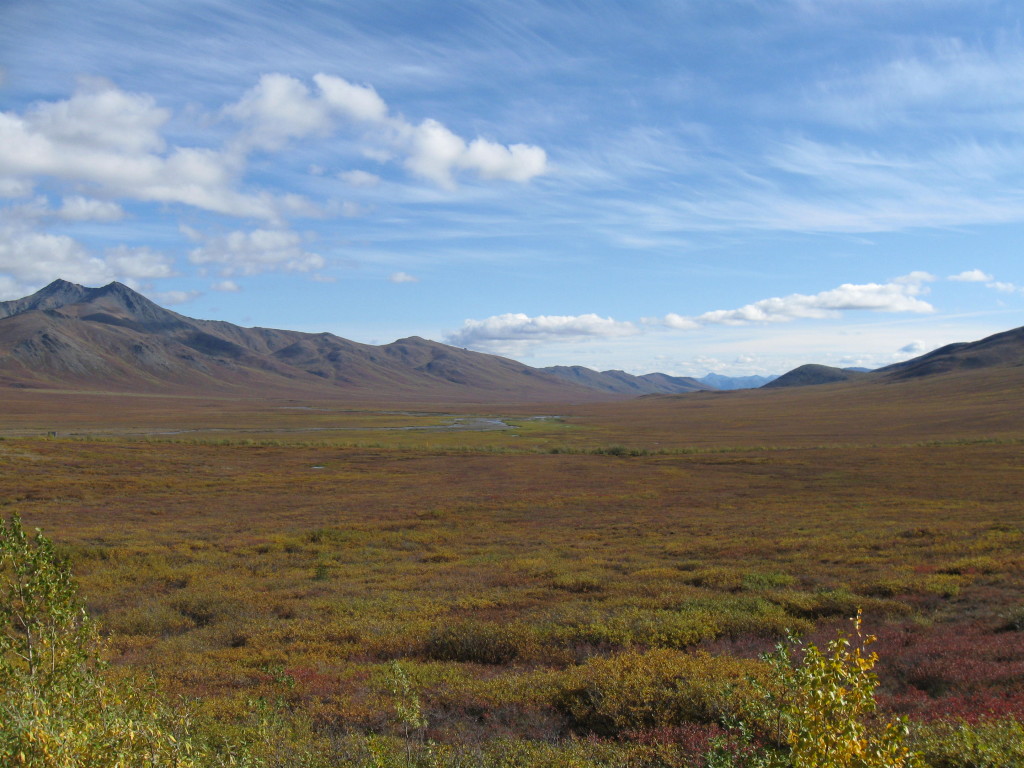 Don’t know the name of these mountains but thought they were cool.
Photo G. 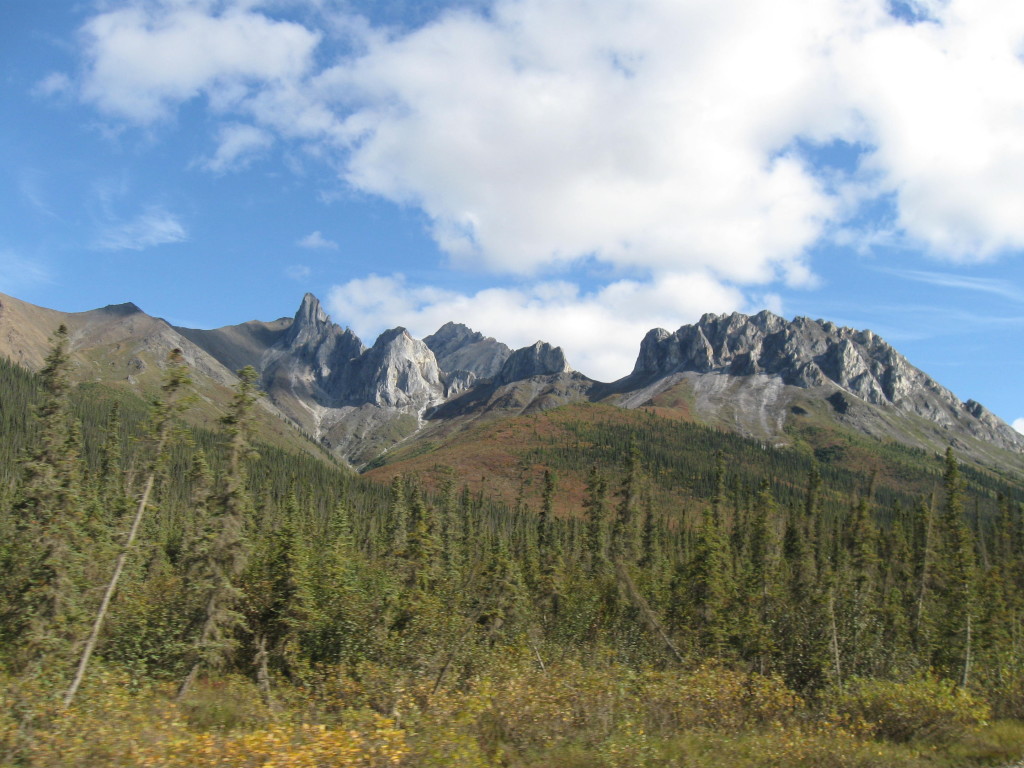 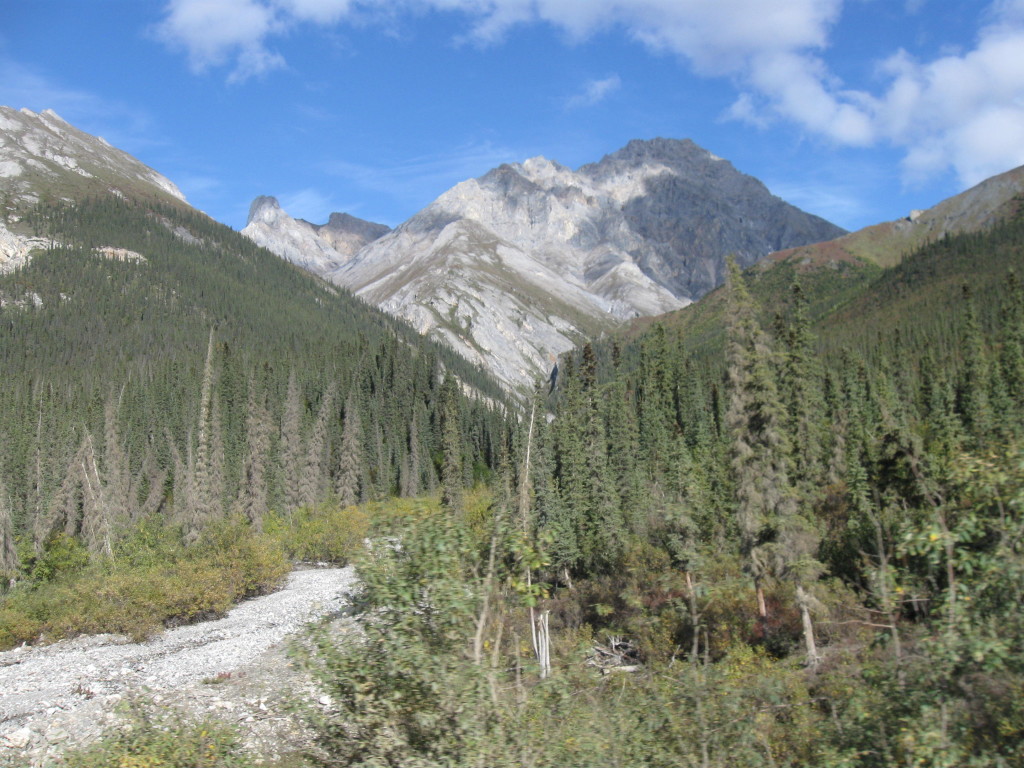 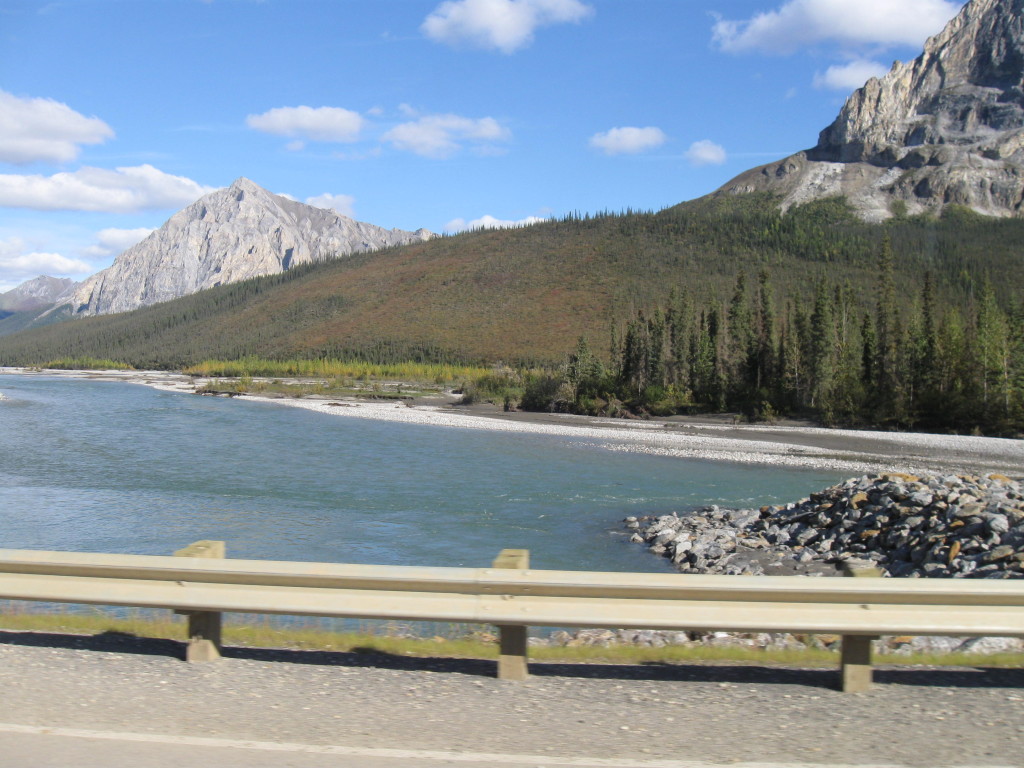 Some of that infamous Dalton mud.
Photo H. 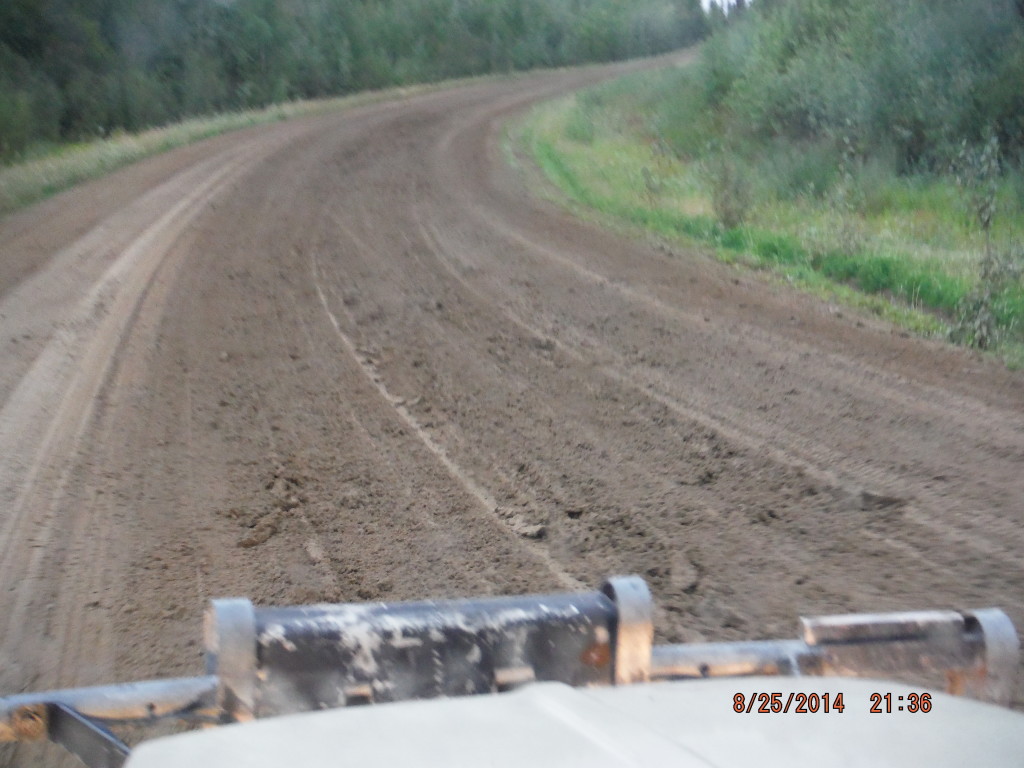 It’s thick and tacky and turns tires into threadless balloons. Feels like driving on a grease covered road. 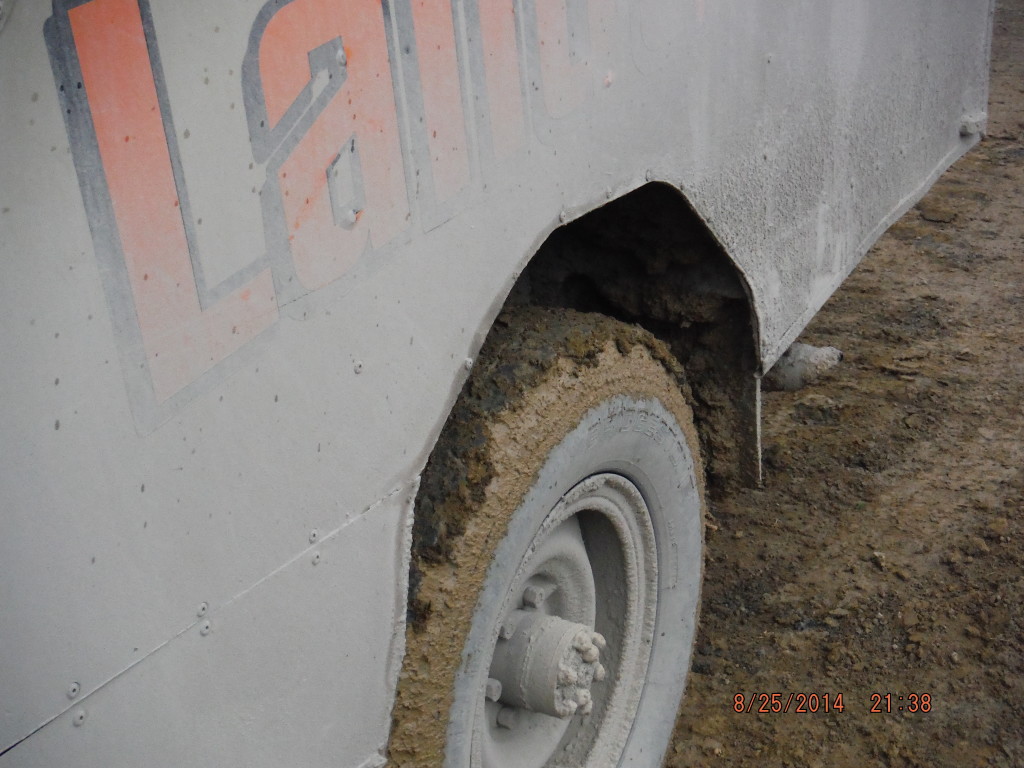